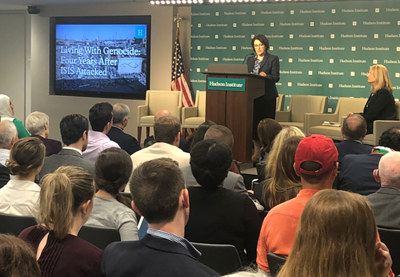 KRG Representative to the United States

Thank you Nina Shea. Ambassador Yasseen, honoured speakers, ladies and gentlemen, thank you all for joining us.

I would like to thank the Hudson Institute and the Religious Freedom Institute for co-hosting this event to commemorate and honor the victims of ISIS’ genocide.

Genocide has been the fate of many different groups in Kurdistan and Iraq. It is important that we recognise what happened to them – to the Yezidis, the Christians, the Shabaks, the Kakayis, the Kurds, the Arabs, the Barzanis, the Faylees, the people of Halabja, Kirkuk and the Kurds killed in the Anfal campaign. There are many others who also suffered through terrorism, oppression and violence.

The challenge for us is to keep the memory of these horrific tragedies alive, to preserve the dignity of those we have lost, and at the same time to move forward without allowing hatred and division to grow.

We must never forget the crimes that ISIS committed four years ago when it rampaged across Iraq in 2014 and on August 3 targeted Shingal or Sinjar and other parts of Nineveh. We must do all we can to help the survivors, to restore their homes and livelihoods and to seek justice for the victims of ISIS crimes.

When ISIS struck in the summer of 2014, it hurt all the components of our society. No single community was left unscathed. However, it is the minorities who bore the brunt and thousands were killed, hundreds of thousands were forced to abandon their homes, livelihoods, dreams and hopes, while others, especially Yezidi women and girls, became the victims of systematic rape and enslavement.

The Kurdistan Regional Government welcomes the United States’ call for countries that believe in religious freedom to establish August 3rd as a day of remembrance for survivors of religious persecution. This call was made last week at the first Ministerial Conference To Advance Religious Freedom, hosted by the State Department. The KRG has observed this anniversary and will continue to do so and to support everyone’s right to practice their faith. We commend the commitment of President Trump’s Administration to promote and defend religious freedom as a human right around the world. The KRG values the United States’ financial assistant to restore the Nineveh Plain, and fully supports US commitment to promote stability and security in Iraq through religious freedom.

What about us, what should we be doing? It is long overdue for us in Iraq and our international allies to find a way to put an end to the repeated cycles of violence in our country. Ensuring security, stability and economic opportunity across Iraq is the only way to enable every citizen, including those from minority groups, to live a reasonable life. Without these ingredients, reconciliation and trust cannot be achieved.

The steps that need to be taken are many. I made a list last year. Sadly, I need to read it out again as little has changed.

The KRG has taken several steps to raise international awareness about the genocide, support survivors and alleviate their suffering:

My message to all ethnic and religious components in Iraqi Kurdistan Region – my message to our Yezidi and Christian brothers and sisters – is to stay in our country, to say in your homeland. We can, together with the help of our international partners, do our best build a prosperous future for all. We see strength in our diversity. We, in the Kurdistan Region, don’t claim perfection, but on the whole we have a culture of peaceful co-exitence that we must all nurture and protect. Kurdistan Region is one of the last safe havens in the Middle East. It deserves to be supported so that we can better support, protect and cherish all the diverse peoples of our society. 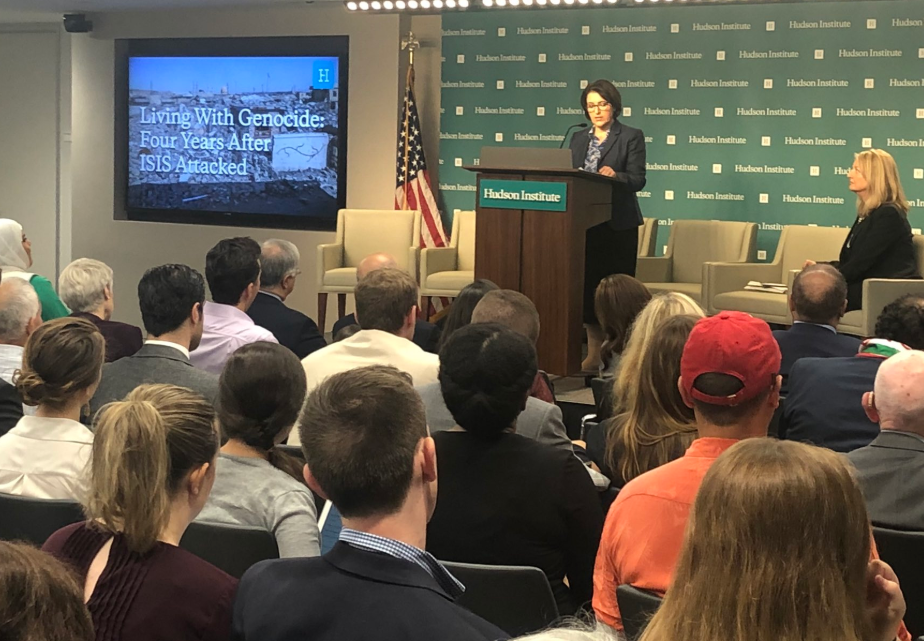