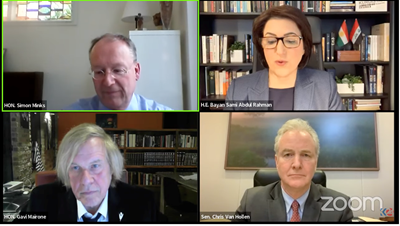 Washington, DC, USA (us.gov.krd) – The Kurdistan Regional Government Representation in the United States hosted an online event on March 16 to mark the 34th anniversary of the genocide in Halabja in which 5,000 people were killed and 10,000 wounded by chemical weapons.

Azad Tofiq, the Governor of Halabja, delivered the keynote speech in which he described the trauma of genocide and the resilience of the people of Halabja. He called on the United States and other international partners to do more to help the city and province of Halabja.

Jennifer Gavito, the Deputy Assistant Secretary at the State Department for Iran and Iraq, and Senator Chris Van Hollen also delivered remarks. Ms. Gavito said the United States has helped various communities and is ‘also looking at ways to support the survivors and victim families of the Halabja massacre. Beyond accountability and recovery, we must work together to prevent the recurrence of such atrocities.’ She noted that the ‘United States and the Iraqi Kurdistan Region have a special and enduring partnership.’

Senator Van Hollen recounted his meetings in Turkey in 1988 with Kurdish refugees who had fled the genocide. His encounters led to a report to the US senate and the Prevention of Genocide Act of 1988, a United States Senate Bill to punish Iraq for chemical weapons attacks on the Kurds.

The messages of support were followed by a panel discussion moderated by Representative Bayan Sami Abdul Rahman with Simon Minks, an international-crimes lawyer in the Netherlands, and Gavriel Mairone, an American human rights lawyer focusing on civil law. They discussed the challenges of bringing the perpetrators and abettors of genocide to justice.

The event was broadcast live by Kurdistan24 and a short documentary film on The Lost Children of Halabja, by the Kurdistan Memory Programme, was also shown. 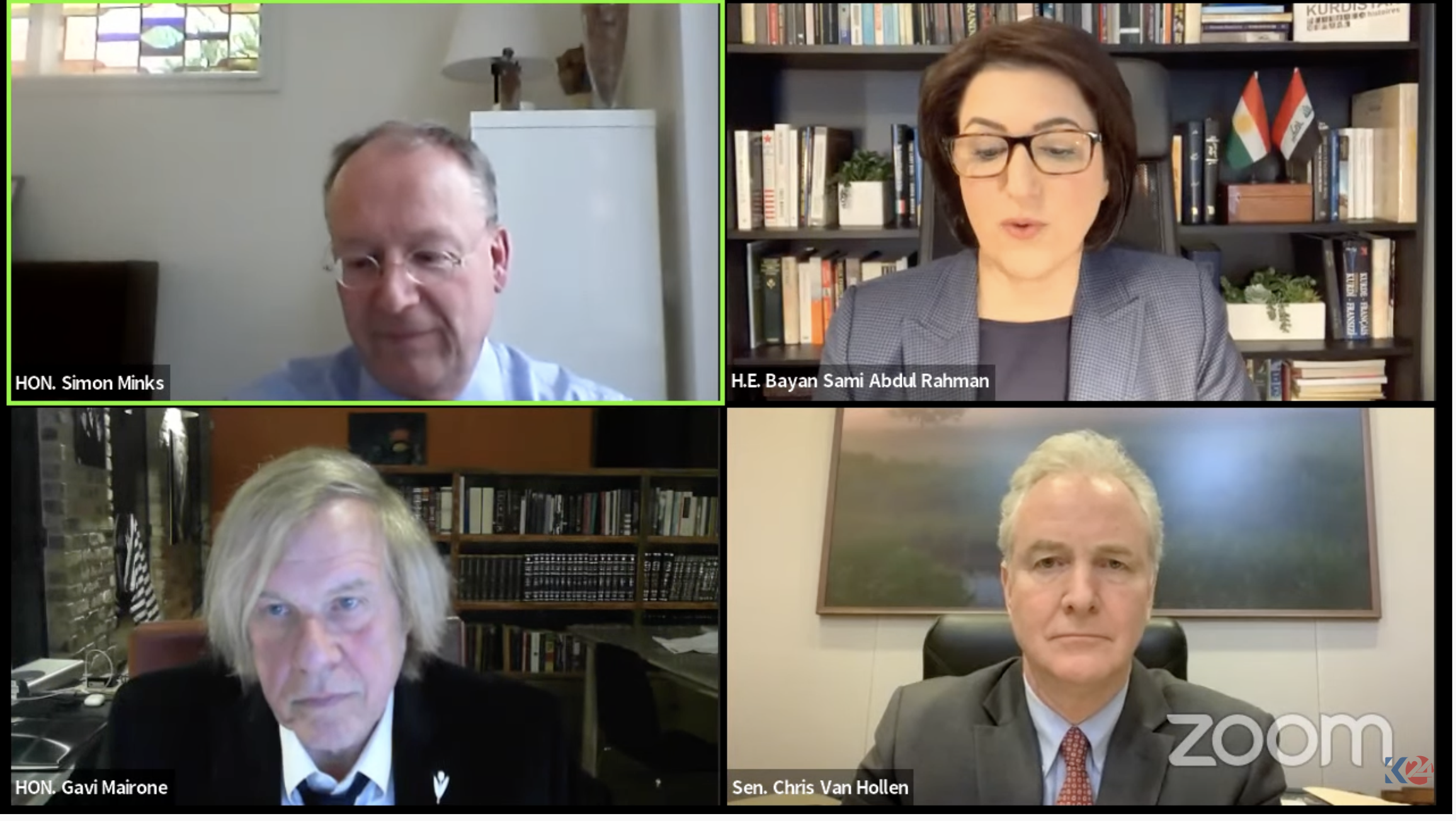