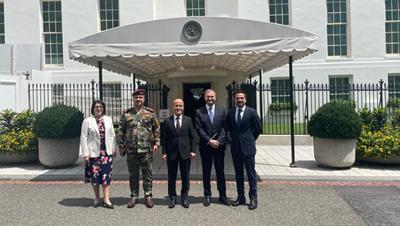 Minister of Peshmerga Affairs Shoresh Ismail led a delegation of officials from his ministry, the Kurdistan Region Presidency, and the Kurdistan Region Security Council. They were accompanied by KRG Representative Bayan Sami Abdul Rahman in their meetings, which were held between August 1 and 5.

The delegation was received by Dana Stroul, Deputy Assistant Secretary of Defense for the Middle East, at the U.S. Department of Defense. They discussed the status of ISIS, which operates in the disputed territories, and the Peshmerga and Iraqi security forces’ continuing effort to defend the territory of the Kurdistan Region and Iraq as a whole. They also discussed assistance provided by the United States and the progress made in implementing the reform program at the Ministry of Peshmerga Affairs.

Minister Ismail and the delegation also met with Brett McGurk, White House Coordinator for the Middle East and North Africa, and Jennifer Gavito, Deputy Assistant Secretary of State for Iran and Iraq, and Douglas Hoyt, the Acting Deputy Special Envoy for the Global Coalition to Defeat ISIS, at the Department of State. They had a warm and wide-ranging discussion on the security, political and economic developments in Kurdistan and Iraq. Both sides reiterated their commitment to the U.S. Kurdistan partnership and to the enduring defeat of ISIS.

The delegation thanked the U.S. Congress in their meetings with Senators Marsha Blackburn of Tennessee and Jacky Rosen of Nevada, members of the Senate Armed Services Committee, as well as a discussion with the committee’s professional staff. Minister Ismail explained the security challenges facing Kurdistan and Iraq and the need for U.S. support to the peshmerga to continue as those threats evolve. He thanked the Congress, government, and people of America for supporting Kurdistan.

Senator Rosen said, ‘Thank you for standing up for different voices. Terrorism does not stop in your region. It travels and metastasizes around the world. We will make sure you receive what is needed in order to protect the different voices and give you the support needed to bring an end to the ISIS caliphate and its threat of terror.’

Senator Blackburn said, ‘Thank you for hosting and protecting the different communities of different ethnic and religious backgrounds.’

Minister Ismail and the delegation also briefed analysts and researchers on the security outlook at a roundtable hosted by the U.S. Institute of Peace (USIP). They also met with Sarhang Hamasaeed, Director of Middle East Programs, at the USIP and discussed wider issues impacting the displaced and refugee communities that remain in Kurdistan. 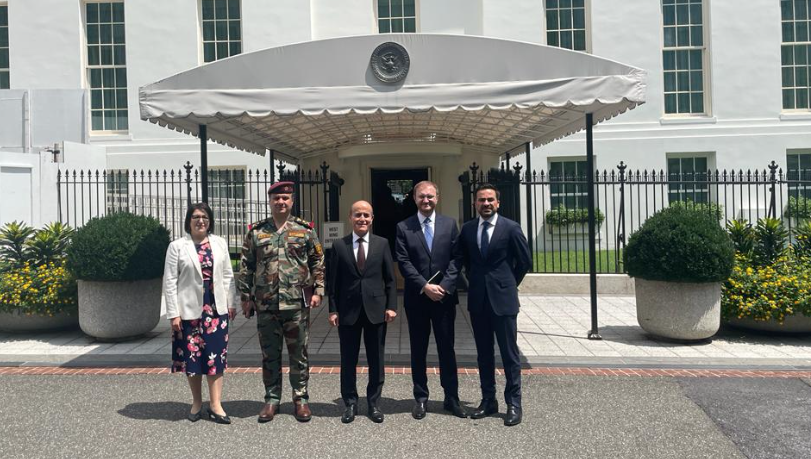