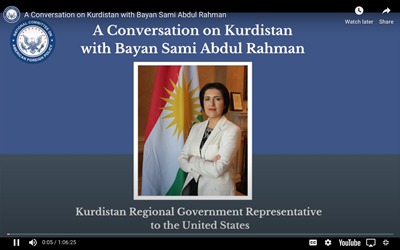 Ms. Abdul Rahman, in conversation with the NCAFP's President, Ambassador Susan Elliott, outlined the recent history of the Kurdistan Region and its relationship with the United States, which was forged in 1991. The Representative also spoke about post-2003 Iraq, the joint fight against ISIS terrorists, and the US-Iraq strategic dialogue that began on June 11.

The NCAFP was founded in 1974 and hosts discussions and events as well as getting involved in track II diplomacy. Previous speakers at the New York-based think tank include former CIA Director General David Petraeus and former US National Security Advisor General HR McMaster.

Watch the Conversation on Kurdistan 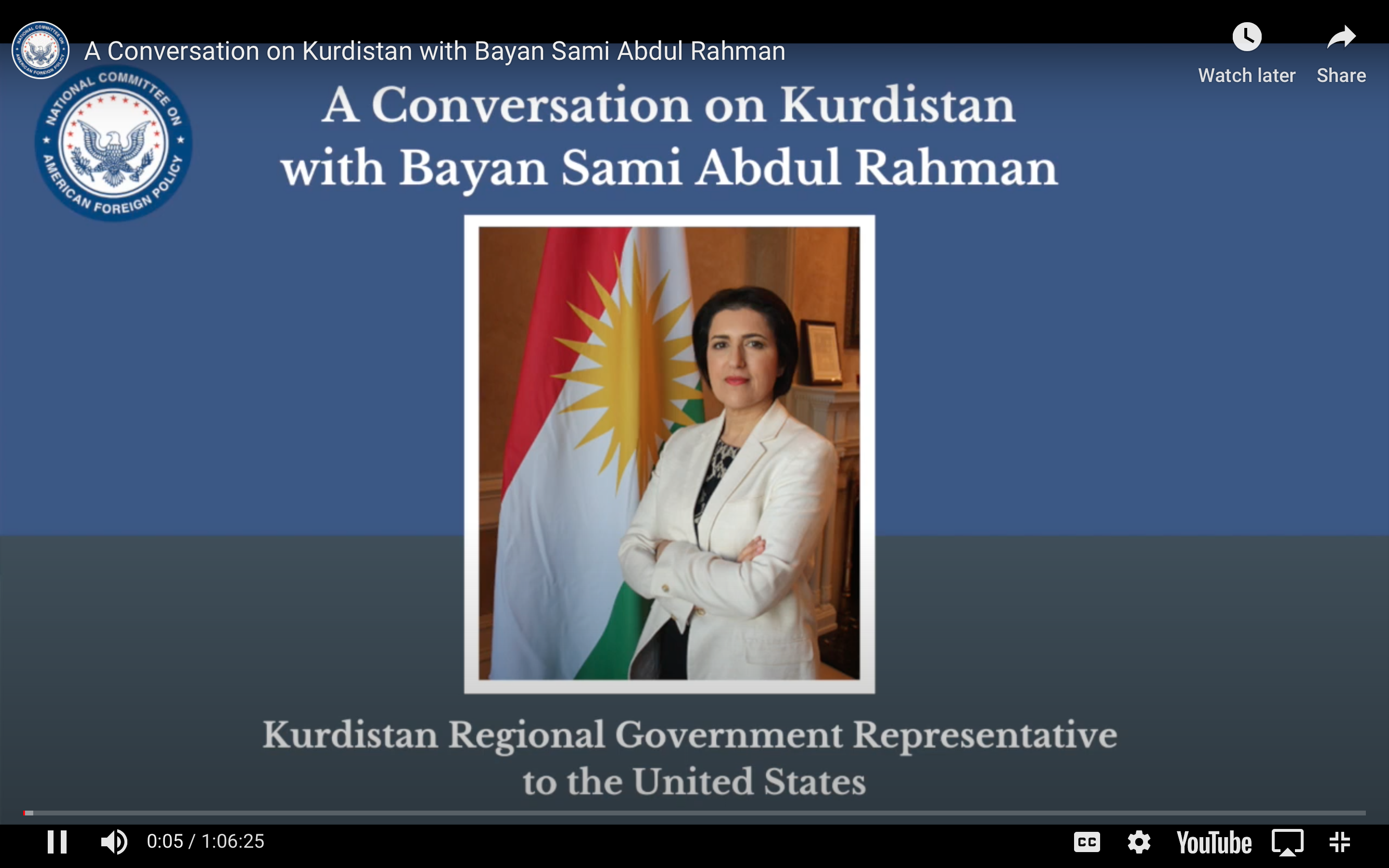