Ms. Abdul Rahman briefed him on the Iraqi parliamentary elections that took place on October 10, the preliminary results, and the milestones ahead as the process of government formation and coalition-building begins.

She also updated him on the security situation in Kurdistan and thanked the U.S. Congress for its support to Kurdistan and Peshmerga in the fight against ISIS.

Representative Abdul Rahman spoke about Operation Provide Comfort, the 1991 humanitarian operation jointly led by the United States that saved thousands of lives, and noted its legacy which is seen in Kurdistan Region’s achievements today.

Congressman Loudermilk, who describes himself as a Constitutional Conservative, represents northwest Georgia's 11th Congressional District. Before being elected to Congress, he was a small-business owner for over 20 years, served in the Georgia State legislature for nine years, and served in the U.S. Air Force for eight years. 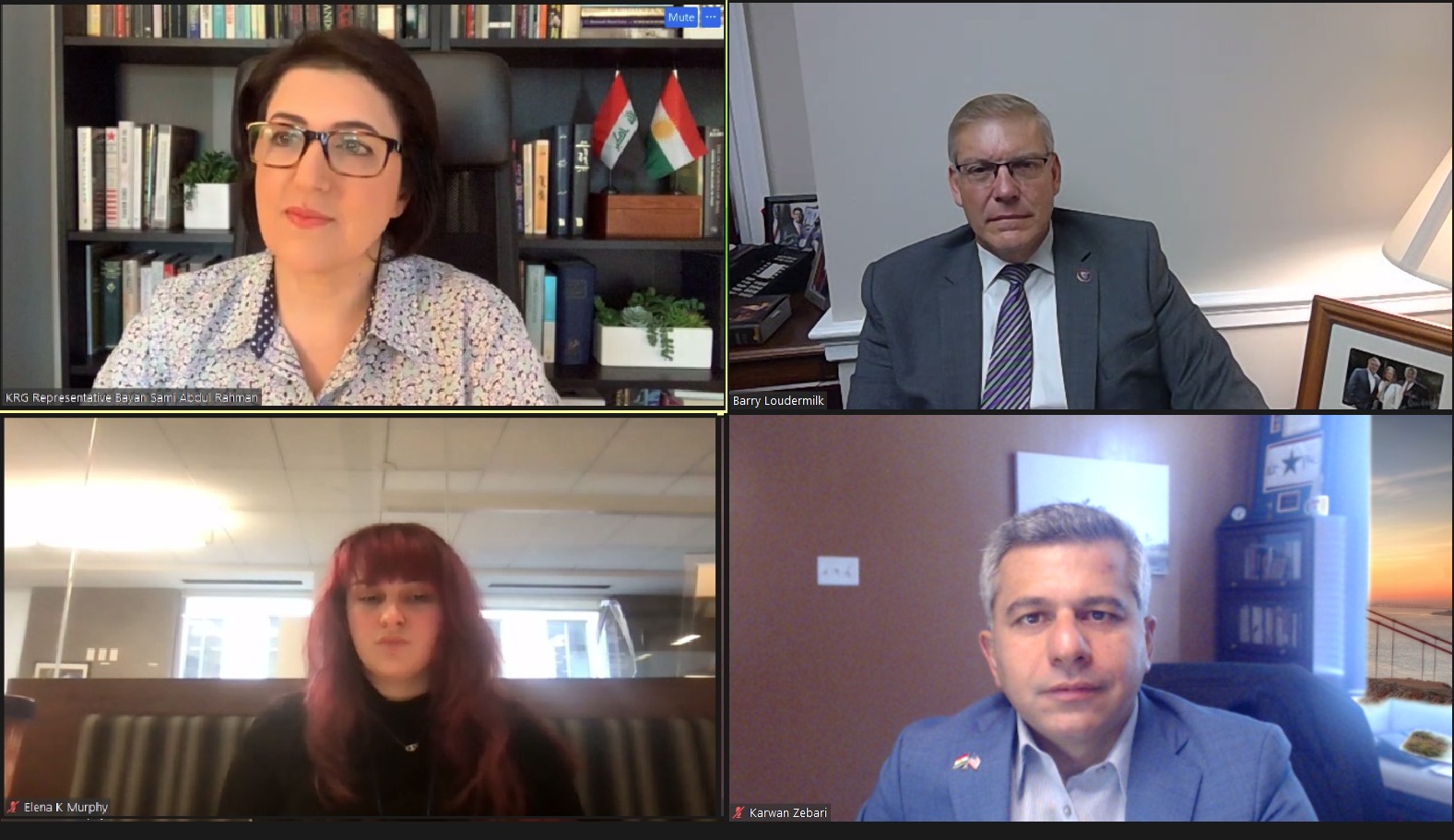