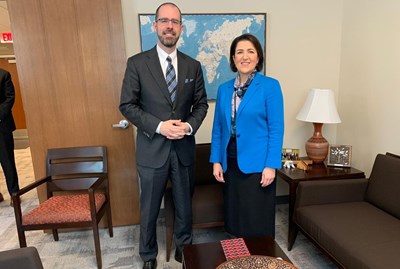 The Representative visited the US Department of State for separate meetings with the Acting Deputy Assistant Secretary for Iran and Iraq Robert Waller and Special Advisor for Religious Minorities in the Near East and South / Central Asia Knox Thames. The latter meeting (pictured) particularly focused on the situation of religious and ethnic minorities in the Kurdistan Region. They discussed the International Religious Freedom Alliance that was announced last week and the initiative’s guiding principles.

She traveled to the White House to meet with Eric Olson, the National Security Council’s Director for Iraq, and Ludovic Hood, Special Advisor for the Middle East at Office of the Vice President.

At the Pentagon, Representative Abdul Rahman met with Jennifer Zakriski, the Acting Deputy Assistant Secretary of Defense for the Middle East for a discussion about the ongoing threat that ISIS poses to the region and the importance of ongoing KRG-US engagement in the fight against terrorism. 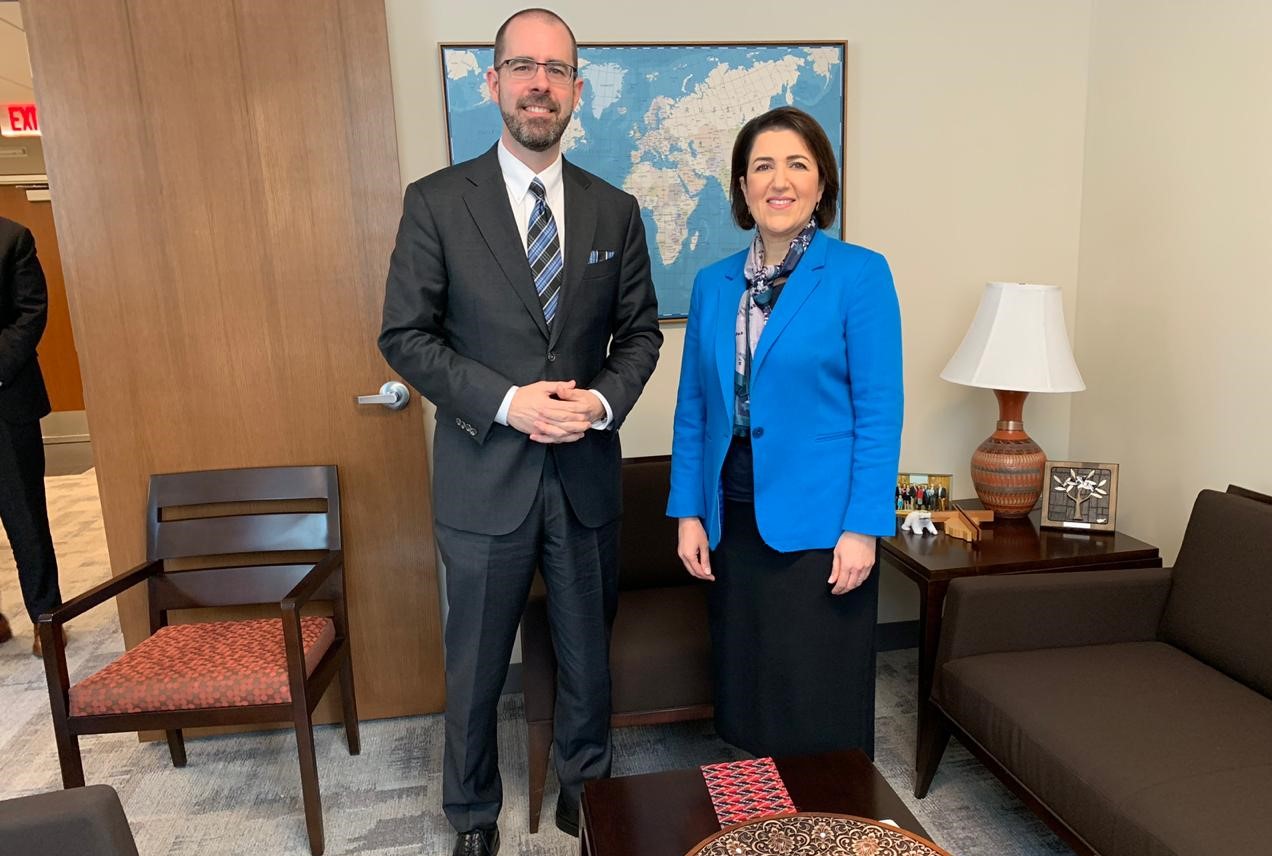