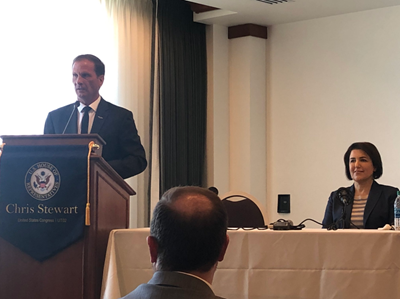 In her speech, Ms Abdul Rahman spoke about the ties between the Kurdistan Region and the United States and the need to broaden and strengthen those relations, as well as the challenges and opportunities facing the new governments in Erbil and Baghdad.

During her visit to Salt Lake City, Ms Abdul Rahman toured the humanitarian warehouse facilities of the LDS Church, which has been active in providing humanitarian aid and other assistance in the Kurdistan Region since 1986. Representative Abdul Rahman thanked the Church members and leaders for their support to refugees and internally displaced people in Kurdistan and updated them on the current situation.

Representative Abdul Rahman also held meetings to discuss possibilities for economic cooperation between Utah and the Kurdistan Region. She separately with met with Franz Kolb, Director of the Governor’s Office of Economic Development, and Miles Hansen, President of the Utah World Trade Center.

This was the Representative’s second visit to Utah. 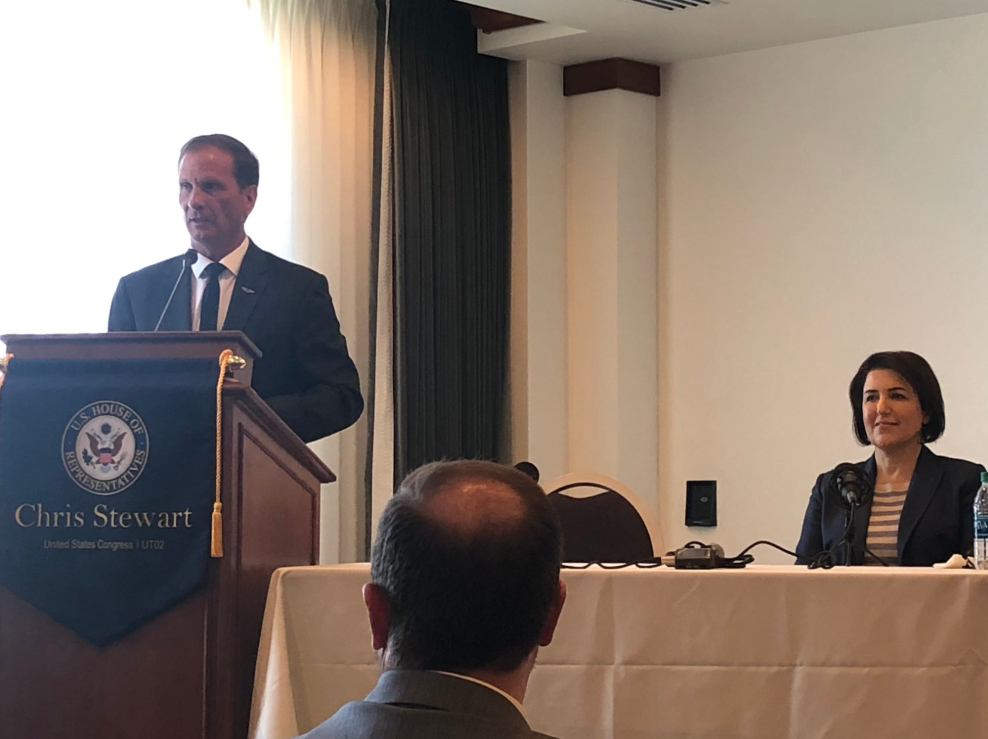