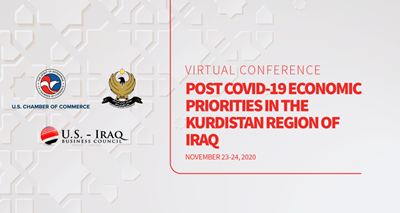 Washington - D.C., USA (us.gov.krd) – 'This week, we expect to sign a major deal that will be the basis of our digital transformation agenda, bringing public and government services to the fingertips of citizens, businesses and government bodies,' said Prime Minister Masrour Barzani, in a keynote speech delivered at the opening of a conference hosted by the U.S. Chamber of Commerce, in collaboration with the Kurdistan Regional Government Representation in the United States.

Prime Minister Barzani said, "We have a young, dynamic, and highly educated workforce. Our young people are digitally literate and innovative. My goal is not only to give our people much-needed jobs but to provide them the tools necessary to unlock their entrepreneurial spirit." The Prime Minister was addressing an audience of over 400 American companies, officials, and organizations, as well as those who watched the live-stream online and the live coverage on Rudaw TV.

U.S. Deputy Secretary of Energy Mark Menezes also spoke at the conference. He said, '[U.S.] "Secretary [of Energy] Brouillette has made a point of remaining engaged in the Kurdistan Region's energy sector and continuing his frequent contacts with Prime Minister Barzani, and for good reasons. Simply stated, the Secretary, the Department of Energy, and the entire U.S. government appreciate the critical value of the U.S.-Kurdistan partnership and of energy and the U.S. business in the region.' He also expressed his condolences for the passing of Dr. Najmaldin Karim, the former Governor of Kirkuk, and Farsat Sofi, the Governor of Erbil.

KRG Deputy Prime Minister Qubad Talabani opened the second day of the two-day virtual event, which was held on November 23 and 24 and was titled Post COVID-19 Economic Priorities in the Kurdistan Region of Iraq. In a discussion with Joey Hood, the U.S. State Department's Principal Deputy Assistant Secretary for the Middle East, Mr. Talabani said, "The pandemic has taken not just a human toll but also a massive economic toll. But the economy didn't come to a complete stop.' He added, 'If you have faith in the private sector, you create the space for it to fill the void that may be created as the result of government policy or a shock outside of our control, like Covid-19.'

In the discussion, Securing the Environment for Investment, Reber Ahmed Khalid, the KRG Minister of Interior, emphasized that Kurdistan continues to provide a safe and physical environment to investors and highlighted that "not a single coalition personnel, civilian or military has been hurt in the Kurdistan Region."

Minister Safeen Dizayee, Head of the KRG's Department of Foreign Relations, spoke on a panel with U.S. Ambassador to Iraq Matthew Tueller and Iraq Ambassador to the United States Fareed Yasseen. Minister Dizayee said,' There are opportunities for us to cooperate more and more with Baghdad in order to enhance our relationship, not only at the political and security level, but also to help each other with the development of our economy.' He encouraged investment in Kurdistan's agriculture sector and other fields, arguing that' Kurdistan can be a hub and springboard for the rest of Iraq and even beyond Iraq's borders.'

Minister of Agriculture and Water Resources, Begard Talabani, highlighted the KRG's agricultural reform agenda. She said the government supported farmers when covid-19 struck, and as a result, the harvest this year was greater than in previous years. She said, 'We also established 13 different processing manufacturing companies in order to safeguard food for our internal market and at the same time to purchase our farmer's products. In next days, we will lay the foundation stone for a sugar-beet processing plant, which will provide jobs for 8,000 farmers.'

On a ministerial panel about economic priorities, the KRG Minister of Planning, Dara Rashid, stated that the KRG understands the necessity of creating a diversified economy and improving public services. Minister of Finance and Economy, Awat Janab Noori, shed light on the decision to restructure the tax system and customs in order to increase revenue and support local production. Mohammed Shukri, Chairman of the Kurdistan Board of Investment, said the KRG is focused on easing the way for international investors. He said,' The current investment law and the draft investment law provide the foreign investor the same rights as local investors."

Several U.S. officials and business leaders took part in the conference, including Matthew Zais, from the Department of Energy, David Copley from the State Department, and Ross Perot Junior whose company Hillwood Energy has invested $1.6billion in Kurdistan.

Steve Lutes, Vice President of Middle East Affairs at the U.S. Chamber and President of the U.S.-Iraq Business Council, provided introductory and final remarks and moderated several discussions. In his closing remarks, Mr. Lutes said, "I'm grateful for having the privilege to work with so many committed leaders in business and in government to strengthen our economic ties. I'd ask all of us to take time to renew our determination as we look ahead to 2021 and commit to work together to bring the reforms and the progress that will ultimately lead to a brighter tomorrow for the Kurdistan Region and all of Iraq."

Bayan Sami Abdul Rahman, KRG Representative to the United States, thanked Mr. Lutes and the U.S. Chamber for jointly organizing the event. Ms. Abdul Rahman said that the pandemic had impacted economies around the world. 'At a time like this, it is essential that we look ahead and map out what our post-covid-19 lives will be like. That is the theme of this conference. It is to explore the Kurdistan Regional Government's economic priorities, the Region's potential, and, importantly, to keep the door to business open, especially for our American friends.'

In his opening remarks, U.S. Consul General Robert Waller said the KRG warmly welcomes U.S. companies and commended the steps the Prime Minister has taken on this. He said promoting stronger business ties between the United States and Kurdistan Region is at the top of his government's agenda.

Conference participants addressed a range of issues, including the future of the energy sector and how the United States, Iraq, and Kurdistan are working together to ensure the country's stability and prosperity. A panel on energy, which included Baz Karim, President of KAR Group, highlighted the successes of American companies that had invested in in oil in Kurdistan, the role of the Kurdish private sector and the Region's plans to expand the gas sector.

Other Kurdish business representatives included Dara Khayat, President of the Kurdistan Federation of Chambers of Commerce, and Yadgar Merani, founder of the Kurdish food and services delivery service.

Recordings of the conference are available here: 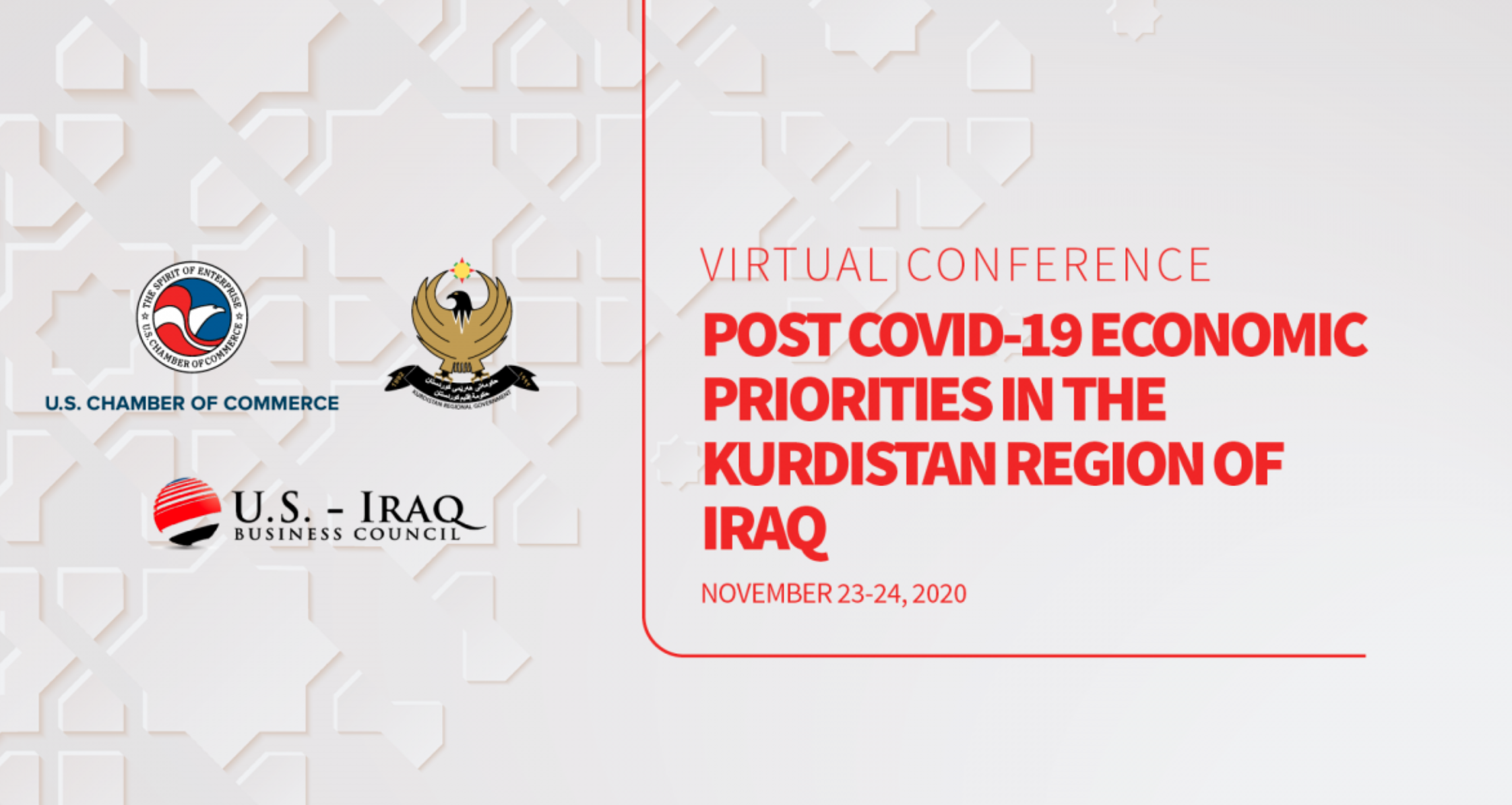