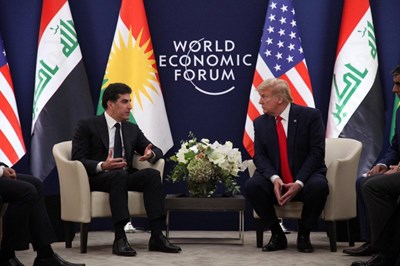 President Trump described the people of Kurdistan as a great people and said, 'We are indebted to you.' The U.S. President also reiterated the gratitude and appreciation of his country for the Kurdistan Region and the Peshmerga for their role in defeating ISIS and protecting ethnic and religious communities in Kurdistan.

The two Presidents discussed energy cooperation, Erbil - Baghdad ties, and the danger of the resurgence of terrorism and how to confront it. They also discussed developments in the broader Middle East, Kurdistan Region's relations with regional countries and the situation in Syria.

In the meeting, President Barzani, on behalf of the people of Kurdistan, expressed his gratitude and appreciation to President Trump and the United States for supporting the Kurdistan Region in the fight against ISIS. The President emphasized that terrorism remains a genuine threat and that it is crucial that the international coalition continues with its mission.

President Nechirvan Barzani also outlined Kurdistan's recent history, from the 1991 popular uprising until the liberation of Iraq and the period after 2003, including the role of the Kurdistan Region in reestablishing the new Iraq. The President also expressed Kurdistan Region's willingness to further strengthen relations with the United States in various fields. 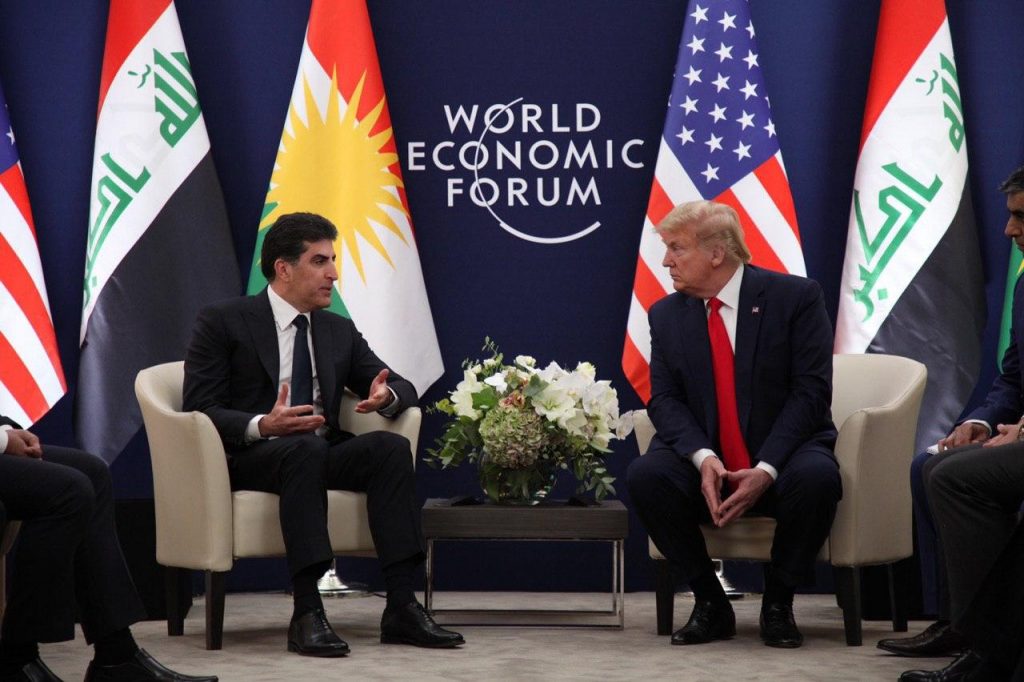