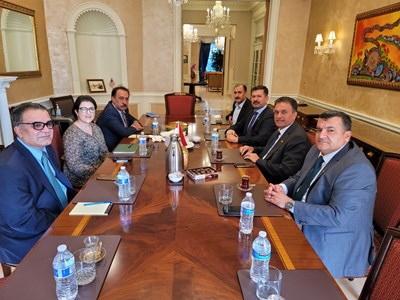 Washington, DC, USA (us.gov.krd) – A delegation from the Ministry of Peshmerga Affairs is in Washington DC this week as part of an Iraqi security sector group that is taking part in a National Defense University program.

They are part of an Iraqi delegation that includes military and civilian officials from various ministries and security agencies. The seminar is hosted by the U.S. National Defense University’s Near East South Asia Center for Strategic Studies (NESA).

The Kurdistan Regional Government Representation in the United States received the Ministry of Peshmerga delegation at Dulles Airport and welcomed them to the Representation’s office in Washington DC. The delegation briefed the KRG Mission on the latest security developments in Kurdistan and Iraq and the ongoing Peshmerga reforms.

Representative Bayan Sami Abdul Rahman said, ‘We’re honored to welcome Kak Serbest Lazgin and the delegation to Washington and pleased that the Peshmerga Ministry’s representatives are taking part in this program at the NDU alongside fellow Iraqis. These kinds of exchanges strengthen our ties with our American partners.’

The NESA Center is the preeminent U.S. Department of Defense institution for promoting security cooperation with partner countries in the Near East and South Asia region.

The center was established 21 years ago to enhance security cooperation between the U.S. and countries in that region to build security strategies and cultivate partnerships. 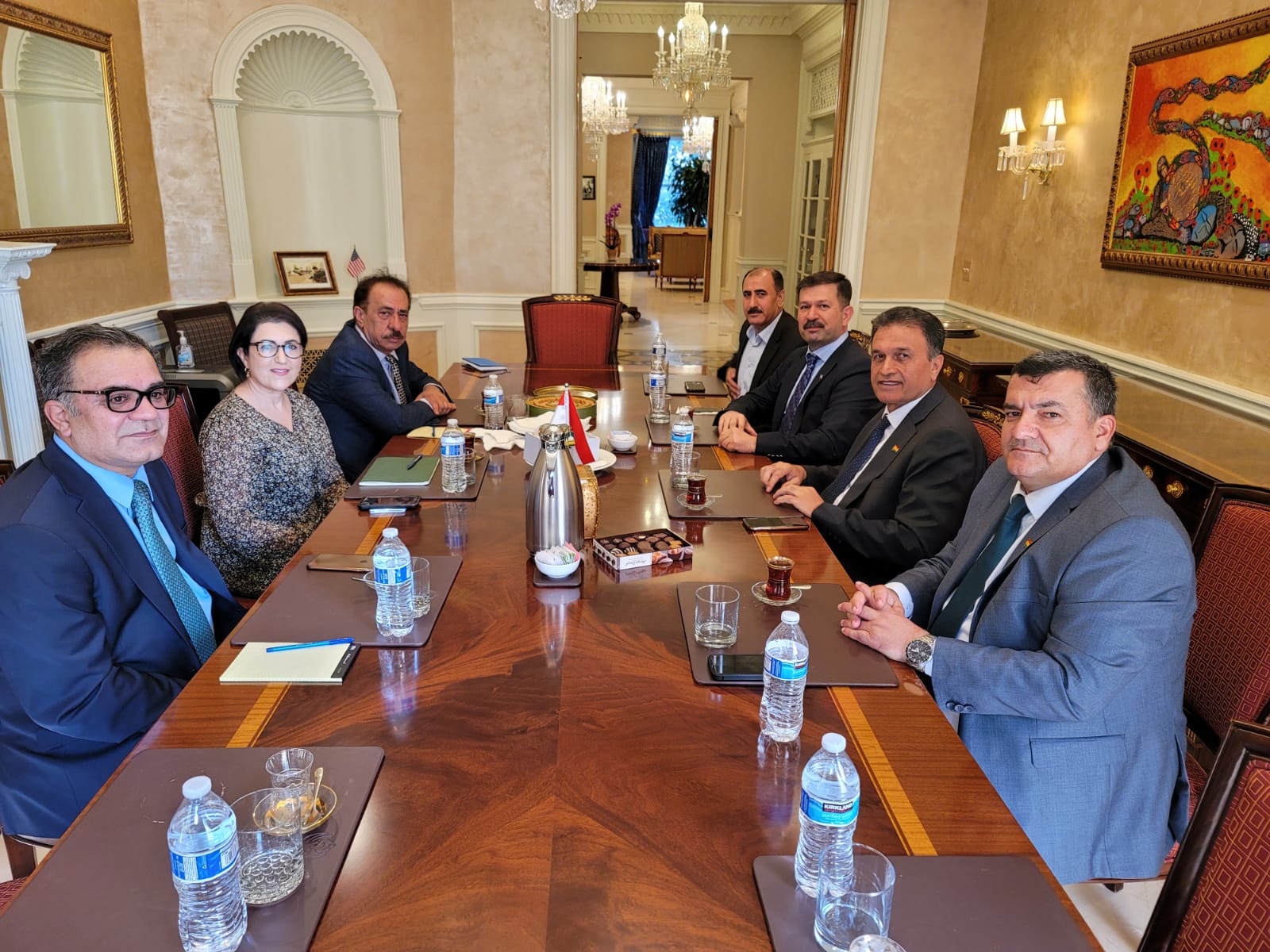