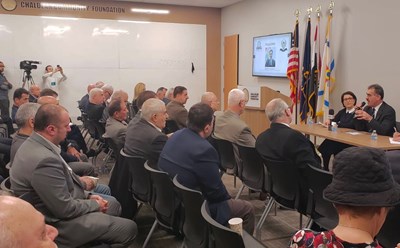 Detroit, Michigan, USA - Minister Safeen Dizayee today met with members of the Chaldean, Assyrian and Kurdish community in Michigan to update them on developments in Kurdistan Region and Iraq, as well to reiterate the Kurdistan Regional Government’s commitment to protecting and promoting religious freedom and peaceful coexistence.

Minister Dizayee, Head of the KRG Department of Foreign Relations, was in Michigan for a two-day visit at the start of his first official visit to the United States. He was joined by KRG Representative to the United States Bayan Sami Abdul Rahman in a meeting that took place on the UN International Day of Tolerance.

At the meeting, hosted on Saturday by the Chaldean Community Foundation, Minister Dizayee said the KRG sympathizes with the protesters in Baghdad and elsewhere in Iraq and is calling for their demands to be met and for the violence to end. He said changes to the constitution and election law that improve the lives of Iraqis would be welcome but changes should be made with that in mind rather than with a view to undermining the democratic and federal structure of Iraq or the Kurdistan Region’s rights.

Minister Dizayee also addressed the needs of the hundreds of thousands of displaced Yezidis and Christians who are still unable to return to their homes in Nineveh Plain and Sinjar. He praised the spirit of friendship and brotherhood among Kurdistani and Iraqi components, and said that more could be done on all sides to strengthen relations further.

The audience consisted of Chaldeans, Assyrians and Kurds who live in Michigan, as well as some community members from Canada.

They discussed the investment climate in Kurdistan Region, events in Iraq and neighboring countries and the role of the diaspora in the United States.

Minister Dizayee also had a meeting with representatives of the Yezidi community in Michigan. They discussed the fragile security situation in Sinjar and the lack of services and reconstruction, which is preventing displaced Yezidis from returning to their homes. They also discussed the protests in Iraq and the need for good governance, rule of law and respect for ethnic and religious diversity.

Minister Dizayee will meet the Kurdish community in the Washington, DC area on Sunday before beginning a week of official meetings with the US Administration and Congress. 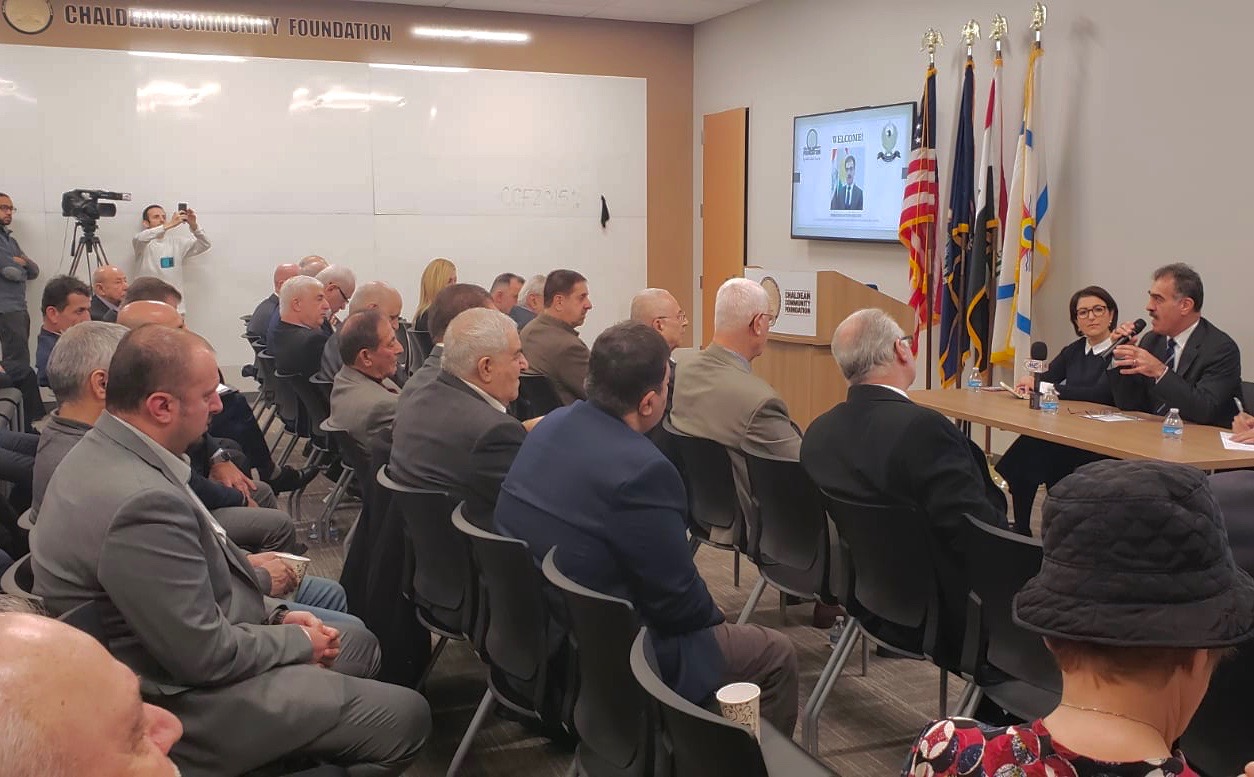