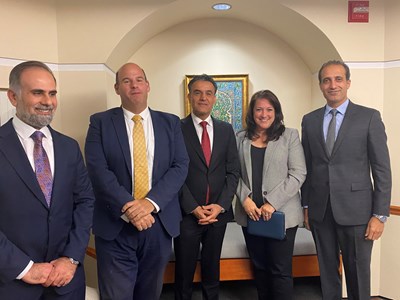 Dr. Aram Mohammed was received at the State Department, where he met with Jennifer Gavito, Deputy Assistant Secretary of State for Iran and Iraq, and Ethan Rosenzweig, Deputy Assistant Secretary of State for Academic Affairs. They discussed various initiatives and projects that the KRG is preparing as part of its reform program for the education and higher education sectors.

Ms. Gavito and Mr. Rosenzweig warmly welcomed the establishment of the Kurdistan Accreditation Association for Education and plans to implement better standards from kindergarten to higher education. They also welcomed the fact that four presidents of universities in the Kurdistan Region are women and that more than half of university undergraduate students are female.

The State Department officials explored ways they could support the KRG 9th cabinet’s education initiatives and welcomed plans to model Kurdistan’s accreditation on the American system and to partner with US institutions and schools. They and the KRG delegation also discussed technical and vocational education and the need to align the educational curriculum with the requirements of the job market.

The Department of Education welcomed the KRG’s focus on moving away from a centralized university-admissions program so that a student’s capabilities, interests, and ambitions can be considered, and not just their exam results when they are admitted to a university. They also discussed ways the Department of Education could support Kurdistan’s accreditation body and encourage partnerships with American education boards and university accreditation organizations.

Also on Friday, Dr. Aram Mohammed and his delegation visited the Iraqi Embassy in Washington to discuss the KRG’s reform plans with the Charge D’Affaires, Slawan Sinjaree. Mr. Sinjaree welcomed the KRG’s plans and the Minister’s visit and expressed his willingness to support education programs in all parts of Iraq.

On Thursday, September 29, the delegation met with Kristin M. Lord, President of IREX, and Lori Mason, Senior Technical Advisor. IREX is a global development and education organization that works in more than 100 countries, including Kurdistan and Iraq. They discussed a wide range of subjects, including IREX’s work with the Higher Education Ministry to reform education so that students graduate ready for employment.

The Minister also met with senior officials at Georgetown University, and on Wednesday, September 28, they met with the head of Loudon County Public Schools. Loudon county is a district in the state of Virginia.

Next week, the delegation will visit Philadelphia to meet the leadership of the Middle States Association of Colleges and Schools, an association that provides accreditation to 2,600 public and private schools and school systems throughout the United States and in more than 100 countries around the world. They will meet Christian Talbot, President of the Commission on Elementary and Secondary Schools and Heather Perfetti, President of the Commission on Higher Education, which are part of the Middle States Association.

At the start of their visit to America, the delegation was received by the KRG Representative at the Mission in Washington. 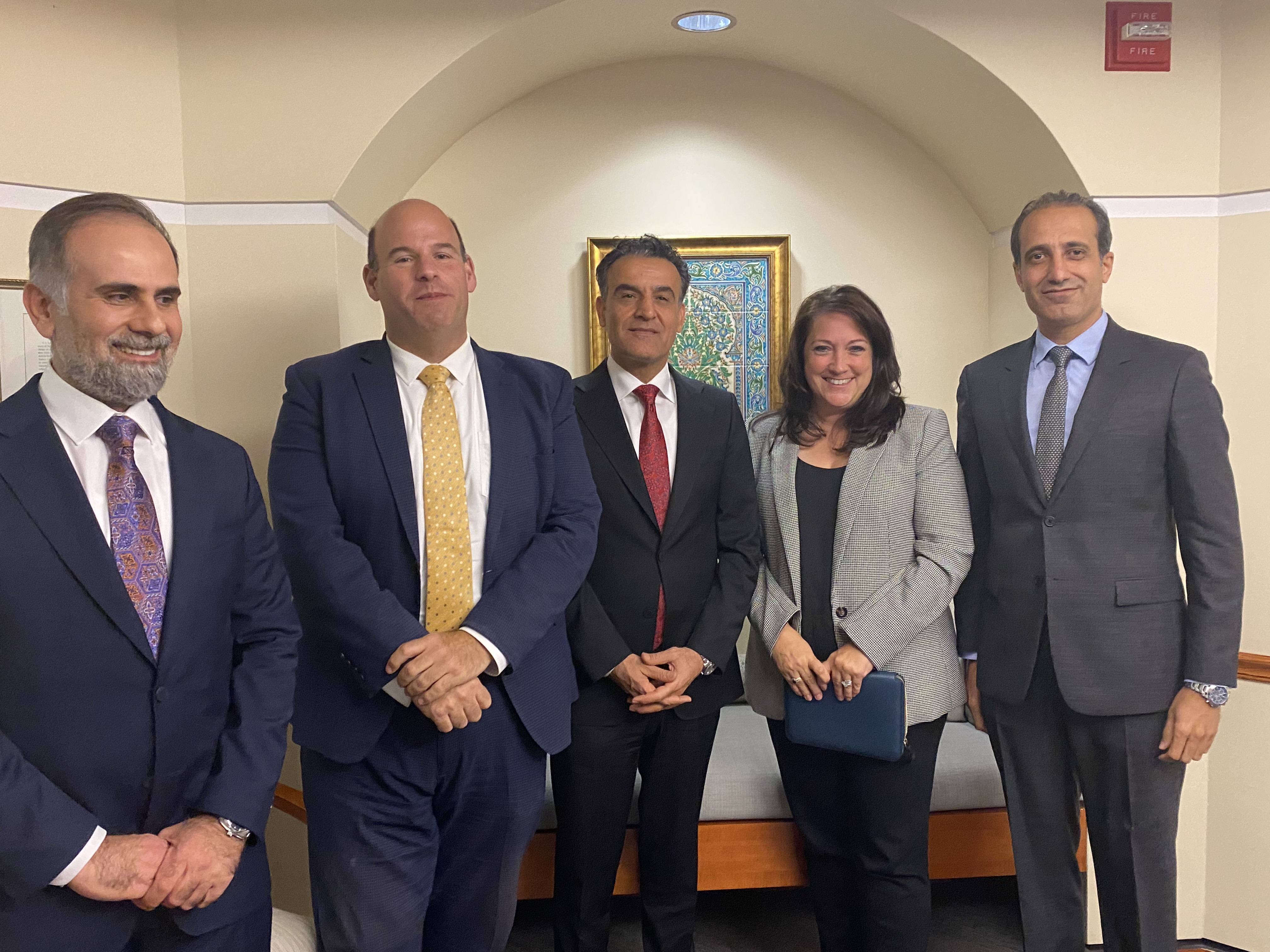