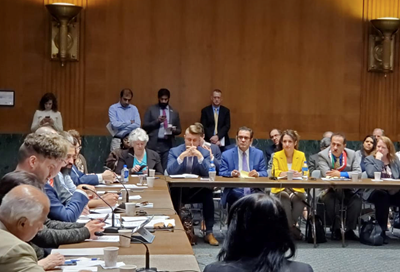 Washington, DC, USA (us.gov.krd) - Lara Yousif Zara, the Mayor of the Christian town of Al Qosh, departed Washington, DC on June 14 after a week-long visit to the capital city. During her visit she met with numerous US government officials, members of Congress, and civil society organizations.

Mayor Zara visited the US Department of State where she met separately with Director of Iraq Affairs Rob Waller and Special Advisor for Religious Minorities in the Near East and South/Central Asia Knox Thames. She also had the opportunity to deliver remarks at the International Religious Freedom Roundtable (pictured), a regular meeting of leaders of religious groups and policymakers hosted by Ambassador-at-Large for International Religious Freedom Sam Brownback.

The Mayor met USAID Senior Deputy Assistant Administrator for the Middle East Bureau Hallam Ferguson and Special Advisor Samah Norquist to discuss the US Government’s support for Christians and other religious and ethnic minorities in Iraq, particularly the efforts to rebuild vulnerable communities after a genocide by the ISIS terror group beginning in 2014.

Throughout the week, Mayor Zara met with numerous members of Congress and their staff. They included Representatives Anna Eshoo, Steve Chabot, Dean Phillips, and Brian Mast, as well as senior staff from the offices of Senators Lindsey Graham and Jeanne Shaheen and Representative Colin Allred. In every meeting, she thanked Congress for its ongoing support of Christians in Iraq, and asked that support for minority groups continue.

The Mayor spoke with experts and advocates at events at the Hudson Institute and the Center for Strategic and International Studies. She also met with the organization’s leadership and Iraq team at the United States Institute of Peace to hear about their current programming in Iraq to promote peace and reconciliation between traumatized communities.

Prior to visiting Washington, Mayor Zara visited with Christian diaspora communities to Michigan. This was her first visit to the United States. 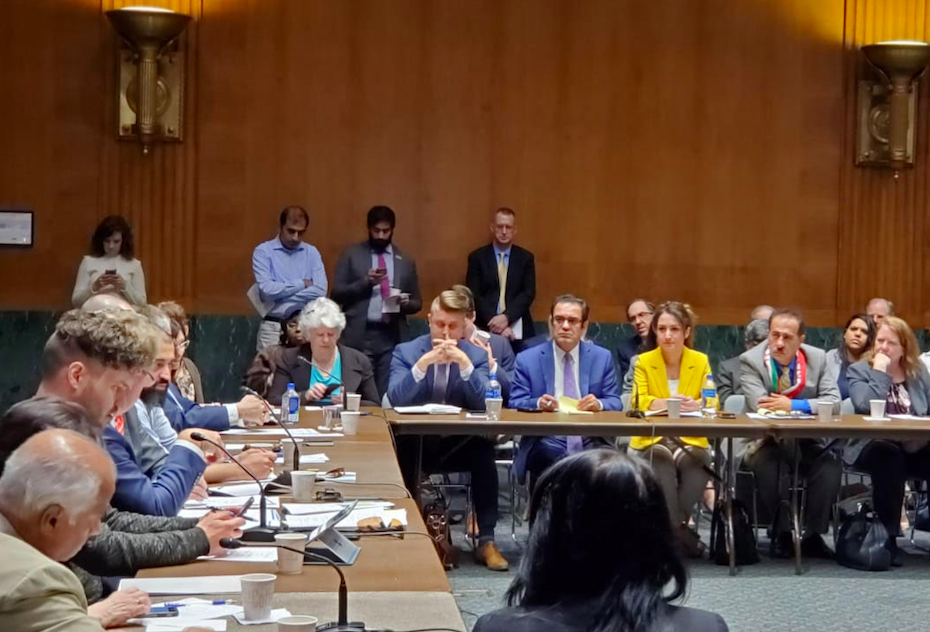