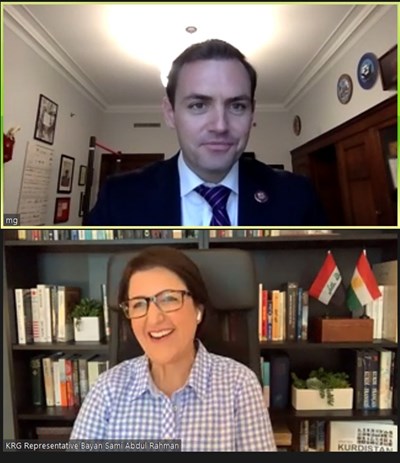 The two discussed a range of issues of interest to Erbil and Washington, including Erbil-Baghdad relations, the economic situation, and security challenges facing Kurdistan and Iraq. They also focused on U.S. support to the Peshmerga and Iraqi security forces as outlined in the National Defense Authorization Act, which sets out the training and equipping of the Peshmerga and other crucial forms of support.

Ms. Abdul Rahman thanked Congressman Gallagher for his continued support to the Kurdistan Region and the Peshmerga and his interest in Iraq as a whole.

Congressman Gallagher represents Wisconsin's 8th District in the U.S. House of Representatives. He served for seven years on active duty as a Counterintelligence and Human Intelligence Officer and Regional Affairs Officer for the Middle East North Africa region. He was deployed twice to Al Anbar Province, Iraq, as a commander of intelligence teams and served on General Petraeus's Central Command Assessment Team in the Middle East. 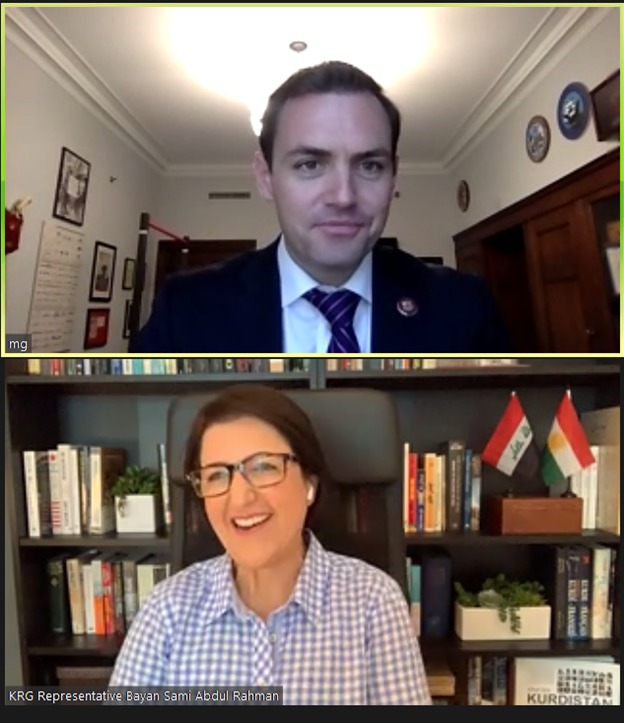