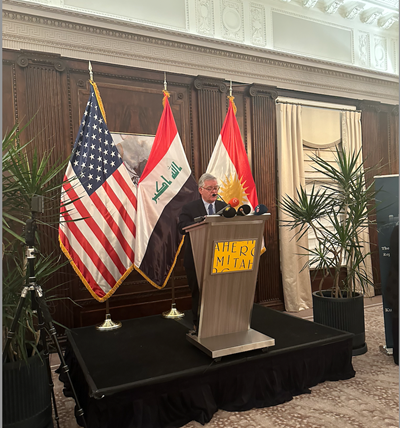 Nashville, Tennessee, USA (us.gov.krd) – The Kurdistan Regional Government's diplomatic mission in the United States paid tribute to the US-Kurdistan partnership, to Nashville, and to the Kurdish-Americans who have made the city and the state of Tennessee their home.

KRG Envoy Bayan Sami Abdul Rahman said, 'It was an honor to host the reception in Little Kurdistan, as Nashville is known. We are proud of the Kurdish-American community here and the way they have been embraced by Nashville city and the state of Tennessee. We wanted to also celebrate the US-Kurdistan partnership as well, which is now in its third decade and encompasses not only security but also economic and cultural ties. This reception was a small way of celebrating our friendship.'

The reception was attended by John Cooper, Mayor of the Metropolitan Government of Nashville and Davidson County. Vice Mayor Jim Shulman, members of Nashville Metro Council, US State Department and congressional officials, and the President and members of the Sister Cities of Nashville.

Kurds began to settle in Nashville close to 50 years ago, and now the city is home to the largest Kurdish community in the United States. Members and organizations of the Kurdish-American community joined the reception, including the Tennessee Kurdish Community Council, the Salahadeen Center, Kurdish Professionals, Effendi Foundation, business owners, artists, and academics.

Mayor Cooper delivered remarks at the reception. He said, 'I am grateful to have you here and all of us to celebrate the diversity of Nashville. We are grateful to every member of our Kurdish-American community for making that happen—enriching our food, our art, our music, our culture, and our community.'

Gregory Sullivan, Senior Advisor on Iraq Public Diplomacy at the State Department, said, 'Sister city relations and civil society connections like you are building play a critical force-multiplier role for what we are doing in the US government. They create economic opportunities, enhance the rule of law, and strengthen Iraqi Kurdistan’s immediate need-challenges in healthcare, climate change, and other areas... So, on behalf of Secretary Tony Blinken and the US Department of State, I would like to thank the city of Nashville and its people for helping us and our Kurdish allies for making the world safer and freer and with greater opportunity.'

Patricia Cotterell, board member with Sister Cities of Nashville, said, 'We are planning now, as a part of the process, to send a delegation to Erbil, and we have been invited to come in March... One of the criteria that is very important is that there be support in the community for this relationship. The support that you all give, the Kurdish community, would be immensely helpful. So I hope you are all in favor of this relationship.'

The province of Erbil in Kurdistan is in talks with Nashville on the possibility of a sister-city arrangement. If the partnership goes ahead, it would make this Nashville's first sister city agreement in the Middle East. The Governor of Erbil led a delegation to Nashville earlier this year to explore the opportunity. The KRG Representation worked with representatives of the Kurdish-American community in Nashville two years ago on this project, which is also supported by several other organizations.

Special thanks to the sponsors of the reception: Justice For Kurds and Retro Media Agency. 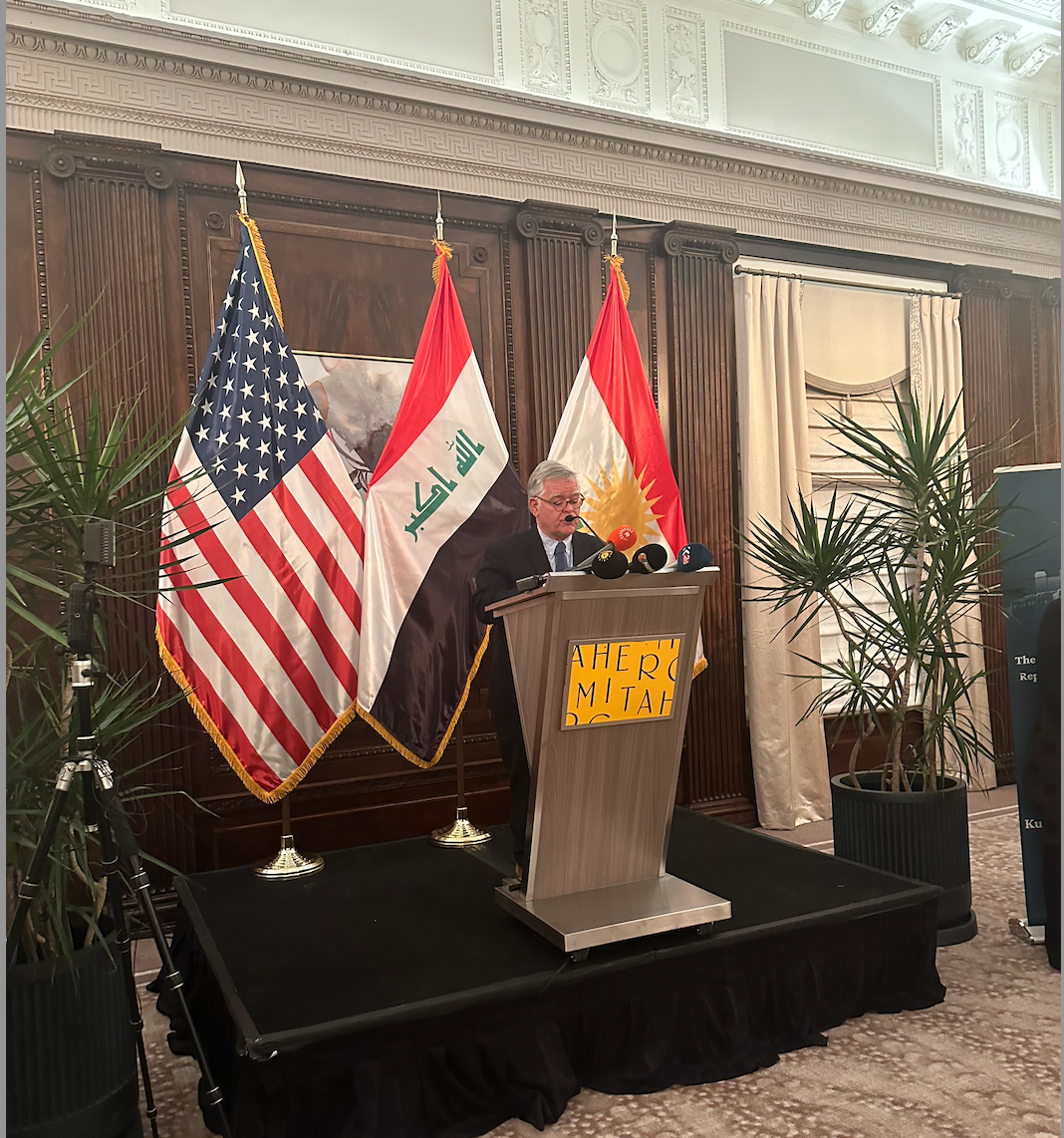