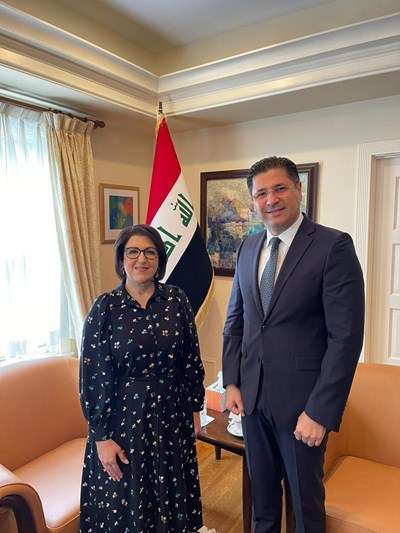 Ms. Abdul Rahman and Dr. Sinjaree condemned an attack on July 20 that killed nine people and injured 33 others at a resort near the Turkish border. The Iraqi government has since lodged a complaint against Turkey at the UN Security Council, demanding that it withdraw its troops from Iraq. Turkey disputes that it is responsible for the artillery attack on the tourists. The Security Council, as well as the United States State Department, condemned the attack in the strongest terms.

The KRG Representative thanked the staff of the Embassy for their efforts and cooperation and signed a book of condolence for those impacted by the attack. The two sides reaffirmed their commitment to ensuring the safety and stability of Iraq and their opposition to breaches of Iraqi sovereignty.

Dr. Sinjaree has served in Iraq's Foreign Affairs Ministry as Consul General in Los Angeles since 2018 and has previously served at the Iraqi Permanent Mission to the UN. He holds a PhD. in International Law and Legal Studies from the University of Mosul. 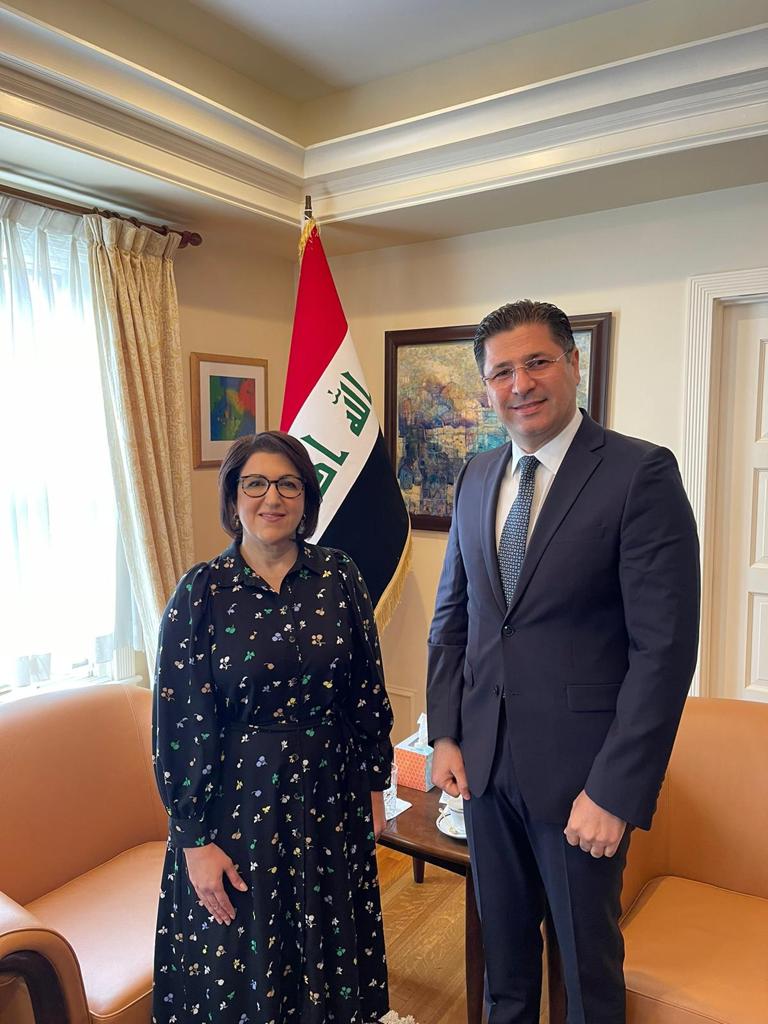