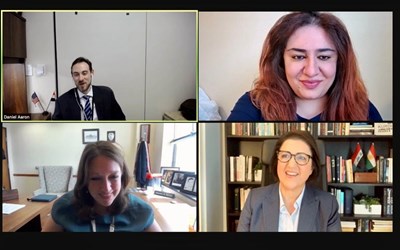 Washington, DC, USA (us.gov.krd) – Representative Bayan Sami Abul Rahman and Jennifer Gavito, the Deputy Assistant Secretary for Iraq and Iran at the Department of State's Bureau of Near Eastern Affairs, had a virtual meeting on September 20.

Ms. Abdul Rahman congratulated Ms. Gavito on her new post and wished her success in her work. The Representative and Deputy Assistant Secretary discussed progress in the Ministry of Peshmerga Affairs' reform program, the security situation in the Kurdistan Region and Iraq, and the importance of preserving the integrity of the Iraqi election in October.

They agreed that the implementation of the Sinjar Agreement is crucial to the stability of the area.

Ms. Gavito had previously served as the Minister-Counselor for Political Affairs at the U.S. Embassy in London. She was the U.S. Consul General in Munich, Germany, from 2015-2018, where she was the senior U.S. government representative to Bavaria. She has spent the majority of her Foreign Service career working in and on the Middle East. 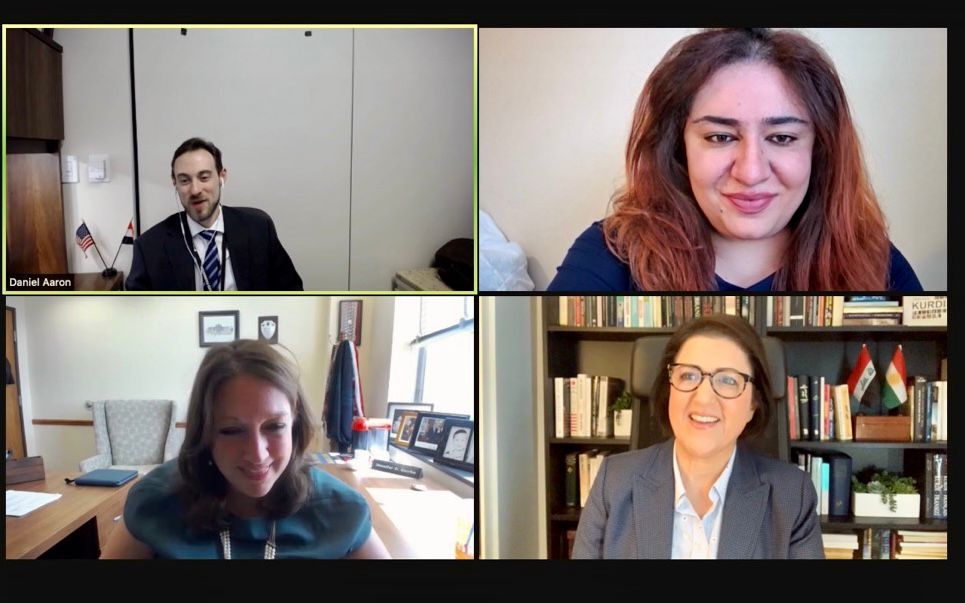