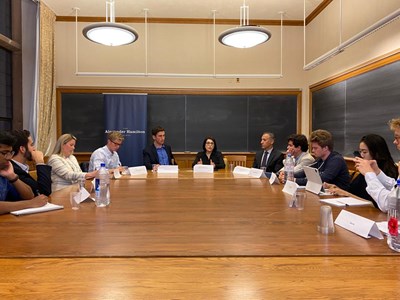 Washington DC, USA (us.gov.krd) – On October 11, 2022, Representative Bayan Sami Abdul Rahman addressed members of the Alexander Hamilton Society at Yale University in Connecticut on the subject of Kurdistan Region’s role in Iraq and the Middle East and its partnership with the United States.

Ms. Abdul Rahman was invited by the Society to speak to students at one of America’s top universities. The Representative outlined Kurdistan’s rapid economic and social development since 1991 and its key role in Iraq’s stability. She also discussed the strong partnership between the Kurdistan Region and the United States, which is now broader and includes security, commercial and cultural ties.

While on campus at Yale, Ms. Abdul Rahman also met with Dr. Ted Wittenstein, Executive Director of International Security Studies at Yale’s Jackson School of Global Affairs, who previously held various positions in the Department of State and Department of Defense. They discussed Kurdish, Iraqi, regional, and global issues and evolving security challenges in the Middle East.

The Alexander Hamilton Society is a non-partisan, not-for-profit, national organization that seeks to identify, educate, and launch young men and women into foreign policy and national security careers imbued with the Hamiltonian perspective of strong and principled American leadership in global affairs. 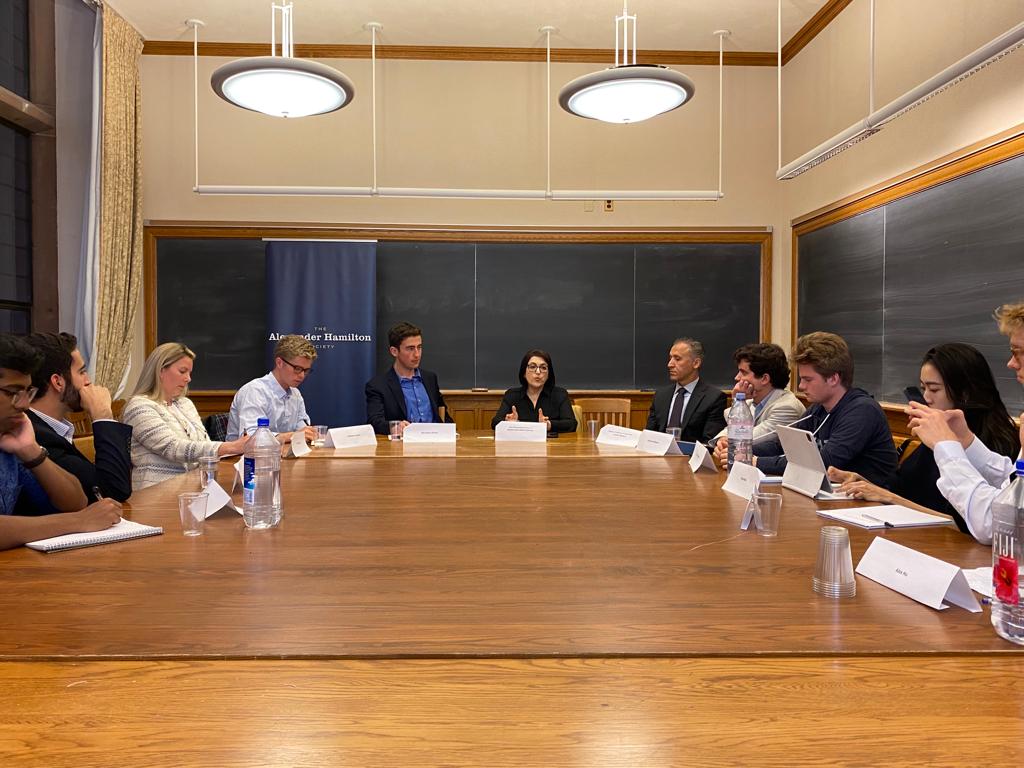