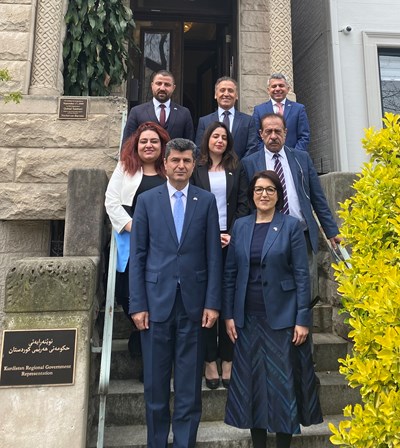 Washington, DC, USA (us.gov.krd) – Duhok Governor Ali Tatar and Assyrian Member of Parliament Robeena Oimalek Aziz ended a productive week of meetings in Washington DC with members of Congress, US officials at the White House, State Department and USAID, and with institutions and advocacy groups.

The purpose of their trip was to highlight the humanitarian, security, and economic situation in Duhok province, which is known for tourism, and trade and as a safe haven for those fleeing persecution. Duhok, with a population of 1.5 million, hosts 537,000 displaced people and refugees. About 70% of Yezidis from Sinjar have sheltered in Duhok after the genocide perpetrated by ISIS.

The delegation, accompanied by KRG Representative to the United States Bayan Sami Abdul Rahman, paid several visits to Capitol Hill and met separately with Senators Richard Burr and Todd Young and Representatives Jack Bergman, Brad Wenstrup, and Michael Waltz. The Governor thanked members of Congress for their support to the people of Kurdistan and the Peshmerga. He highlighted security and humanitarian developments in Kurdistan, Iraq, and the wider region.

The delegation visited the State Department and met with Scott Turner, Deputy Assistant Secretary at the Bureau of Population, Refugees, and Migration, and Matthew Steinhelfer, Deputy Assistant Secretary at the Bureau of Conflict and Stabilization Operations. The Kurdistani delegation also met with Andrew Plitt, the Acting Assistant Administrator for the Middle East at the United States Agency for International Development. They discussed the concerns of Syrian refugees and the challenges facing Yezidi and Christian internally displaced people (IDPs) in Duhok, and security issues that prevent their return to their homes in Sinjar and Nineveh Plain.

On Thursday, the delegation visited the Iraqi Embassy in Washington. The Governor, MP, and KRG Representative were warmly received at the Embassy by the Chargé d'Affairs, Mohammed Husham Al Fityan, and the senior members of the Embassy. They discussed Duhok province's economic and humanitarian situation and ways of promoting trade with the United States.

Focusing on humanitarian issues, the delegation met separately with Dr. Mike Yaffe, Vice President for the Middle East of the United States Institute of Peace, Sam Worthington, CEO of InterAction, as well as Richard Ghazal, Executive Director of In Defense of Christians.

Following the visit to Washington, the Governor's delegation is visiting Michigan and Tennessee to meet with the Chaldean and Kurdish diaspora, respectively. The Governor will end his tour of the United States by visiting Gainsville, Florida, to discuss educational and trade relations between Gainsville and the city of Duhok. The two municipalities signed a sister-city agreement last year. 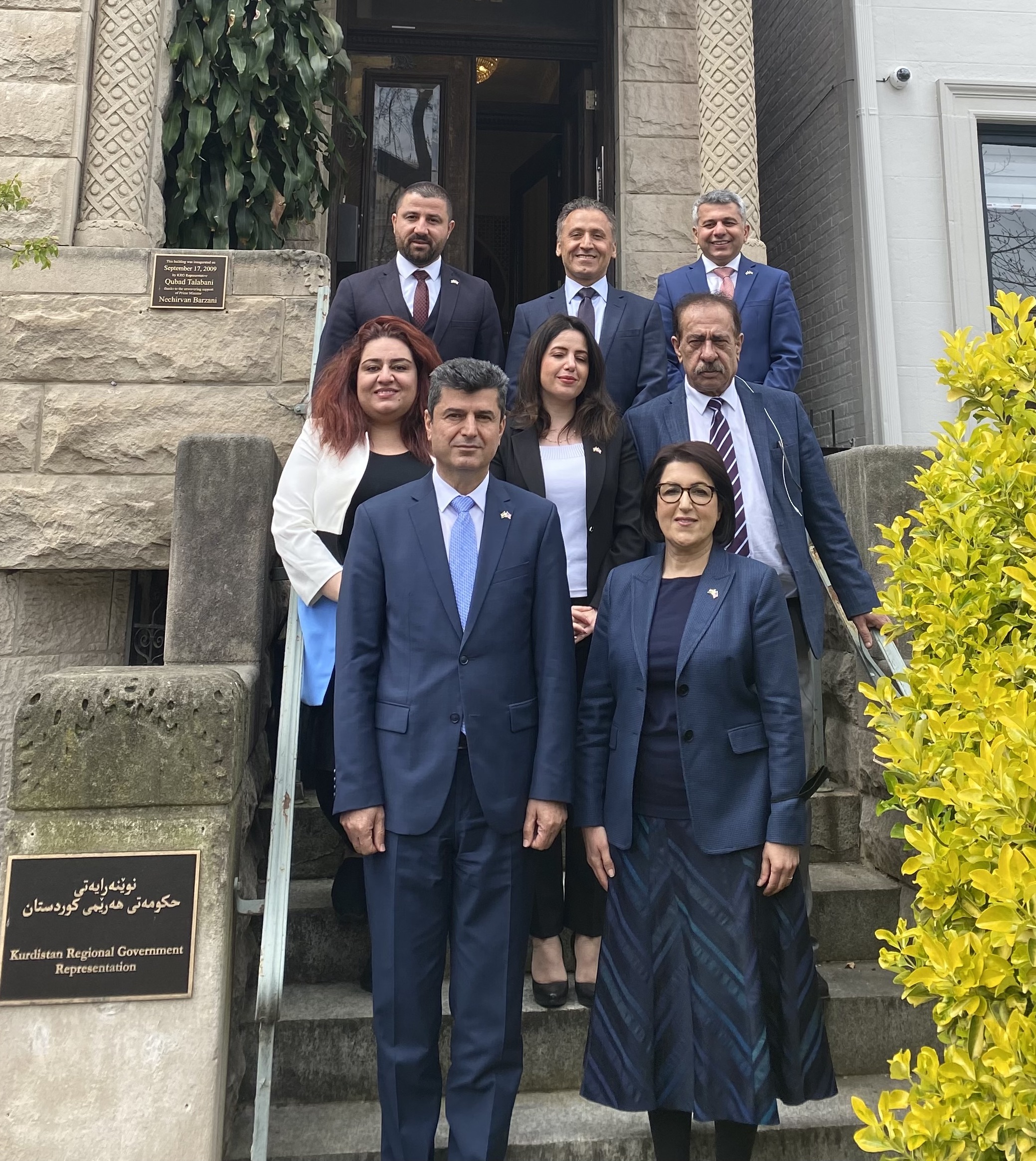